Chapter 1: A Creature of Impulse 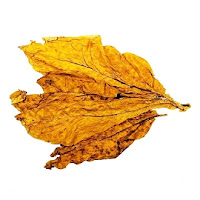 Why did LilthyEtta Saqueth Klatchbustle release fifty Guernsey cows of particular genetic heritage into a hundred acres of Reynolds American prime Virginia Brightleaf tobacco in Chatham county? What on earth made her do it?

The herd was the property of gentleman farmer Mathias Caracas-Schmid, a man of Afro-German, Amerindian, and Eurasian origin (his mother was from Guinea-Bissau) who, with a little help from eugenics,  had built up his livestock from nothing and who, although not a smoker, was known to chaw the occasional quid of Red Man tobacco. His association with LilthyEtta was one of decorous demur though he bore her no grudge. LilthyEtta had an aura of strange energy about her that Mathias found unsettling, reminiscent of certain tribal sacraments peculiar to his mother’s native land and was also, he reckoned, bad for dairying. Mathias’ father, a Belizean mestizo, had been eaten by a spectacled caiman when he was six, whereupon his mother, Lusóphona, had packed up Mathias and moved to Chatham county – an act, as best one could tell, of shear random itinerancy.

LilthyEtta was born a native of New York city but, owing to personal anomie unusual even for New York, had fetched up in Chatham county by the age of fifteen. As a child she’d been fearful of things that went bump in the night, in particular her parents – the primal audition so to say. Her mother and father, against their better judgment but mindful of abandonment, had accompanied her to Chatham county. That they might have come to regret the decision was a matter of enduring suspicion. For them, too, little LilthyEtta had been an unsettling presence, a source of discomfiture right from the start. A séance, anticipated as vatic but instigated as much out of trepidation as interest by the midwife who’d birthed LilthyEtta, had ended in disarray, yielding nothing but the ravings of a deceased great uncle disgruntled with conditions in the afterlife.

Oddly, despite – or perhaps because of – her unsettling karma, no one could quite recall what LilthyEtta looked like once out of sight of her. Even her photographs seemed as though of another, of persons unknown. She was like a ghost with human dimensions or no dimensions at all.

Besides her parents, LilthyEtta had brought along to Chatham a flare for the theatrical. For two years and five months after seeing Kenneth Branagh in Hamlet the movie, she’d wanted to play Branagh in that film. That the actor might have had a life of his own seemed lost upon her. Her desire to play him playing Hamlet was but another of her off-kilter impulses, like acquainting someone else’s dairy herd with tobacco leaf.

Erdmuthe Krauseleiter – biochemist, geneticist, and blowzy farmhand of Mathias Caracas-Schmid – was the first to notice: the flies in the milking barn had suddenly gone missing. Indeed, the barn seemed insect-free altogether. Erdmuthe knew all to well about LilthyEtta’s tobacco escapade, having retrieved the Guernseys from the Reynolds tobacco stand himself and dealt with the repercussions. He telephoned Mathias at once; Mathias arrived at the milking barn posthaste.

“Holy little boy blue!” Mathias exclaimed, spitting tobacco juice at a feed bin. “Could the cows be excreting neonicotinoids in their breath or through their hides? Is this how they process tobacco?”

Nicotine and its congeners, the neonicotinoids, are potent insecticides.

During four generations of fastidious cattle husbandry by Krauseleiter, Caracas-Schmid had practiced the grotesque habit of spitting tobacco juice into the oats-and-molasses feed bins of the dairy barn as though they were spittoons for his Red Man.  Ingesting this quid-infested feed, the cows had adapted accordingly, eventually converting the nicotine to a Bhopal for house flies. Now after two days of foraging on Brightleaf, they had reached peak toxin production – four-legged fumigators, scourge of the arthropoda were they.

For Mathias and Krauseleiter the possibilities were intriguing. Barnyards without flies! “Got milk?” perhaps instead of “Got a light?”

“My daughter already told me, “ rasped Filiberto, “I’ve patented the process myself.”

“I’m cancelling your retainer – and that might not be all,” Mathias replied with repressed rage.

Chapter 3: The End of Tobacco Road

[This is why I don’t write novels]

Email ThisBlogThis!Share to TwitterShare to FacebookShare to Pinterest
Labels: A Roman á Cleft