Throw Down at Sci Beta Phi: The Cosmology Fraternity in Turmoil

“I am now convinced that theoretical physics is actually philosophy.” Max Born

“Why Are Physicists Hating On Philosophy (and Philosophers)?” asks philosopher/ physicist Adam Frank in a 2012 piece for NPR.

Since, like matter and energy, love and hate are pretty much interchangeable, his question may be less straightforward than it sounds. It’d be much more bothersome, for example, if physicists and philosophers were merely indifferent to one other, not talking at all. That might lead to real trouble.

As it is, with no one yet burned at the stake, I think this conflict stands to be beneficial. It brings into focus important questions about cosmology and how different ways of thinking may apply to them. It sells books and newspapers, too, and fills the media with worthwhile stuff for a change.

Without recounting the whole megillah, the flashpoint for the current dispute seems to have been Lawrence Krauss’s book, A Universe from Nothing. As Dr. Krauss explains it, “nothing” represents a quantum vacuum, a state of quantum fields that’s devoid of elementary particles. But being unstable, such a quantum vacuum can jump to configurations with lots of particles that over time form whole universes (the multiverse)

If all possibilities—all universes with all physical laws—can arise dynamically, and if anything that can arise, must arise [remember Murphy’s law?], says Dr. Krauss, this implies that nothing and something must both exist, and we will necessarily find ourselves amidst something.

The Absolut Nothing of classical philosophy and religion, in other words – nothing all by its lonesome (no laws of physics or quantum fields) except for a creator God – may be an unnecessary, not to say inaccurate, take on reality. Quantum fields and the resulting multiverse could be eternal and represent the true nature of nothing and something (and something from nothing). Deadpans Krauss, “Well, its true, I don’t like God, but the multiverse was proposed because the laws of physics are driving us to it.”

If all this seems to violate common sense, welcome to modern science. Attributable to science, beginning during the 17th century, is almost everything that distinguishes the modern world. Science constantly revises its assumptions to reflect real world observations, which is why it constantly reminds us of just how wrong those assumptions can be. Indeed, it may yet do as much for the quantum multiverse – the Lawrence Krauss Show [public lectures, tag team appearances with evolutionary biologist Richard Dawkins (The Selfish Gene), interviews, books, movies, news articles], perforce being but an epiphenomenon of science’s ceaseless journey.

In the meantime, how might quantum science effect our ideas of God, religion, and philosophy? Is God dead? Is philosophy, as Stephen Hawking claims?

Religion has played significant psychological and cultural roles throughout history and continues to do so. As an element of self-concept, its closely bound up with culture, ethnicity, nationality, gender, sexual orientation, and the like. Beyond this, in his/her own way, every human yearns for a measure of spiritual solace, a connection to something eternal or at least greater than ourselves.  Here the quantum multiverse – terrain that might seem all the more bleak should it turn out to be true – affords cold comfort. You need myth and art to soften the texture.

As for philosophy, the objections of Krauss and others might well draw some sympathy. Traditionally, in addition to cosmology, philosophers have tried to create systems of being, ethics, morals, politics, and religious belief. Unfortunately, the touchstone of such projects has typically been self-consistency: in order for a system to be valid, or so the logic went, it had to be internally consistent. This has sometimes led to strange outcomes – bizarre philosophical constructs like that of Frederick Nietzsche which, though self-consistent enough, were disastrous whenever adumbrations of them showed up in the real world.*

Nowadays, especially when it comes to cosmology, many scientists consider the traditional “Why?” questions of philosophy – e.g., “Why does the universe exist? – unanswerable and meaningless. Yet while philosophy and metaphysics remain undeterred by this, the answers they proffer typically boil down to myth or poetry. “Why?” questions, in other words, if you wish to consider them, properly belong to the province of art.

Thus, at least in the view of scientists, philosophy has long labored with a credibility problem stemming from how it deals with the inescapable paradoxes and contradictions of the real world and how it so facilely substitutes art or myth for fact. This issue tends to become acute whenever someone lacking a firm scientific background makes bold to philosophize about scientific matters. Or when someone who does have training in science nonetheless clings to an outmoded paradigm – like Absolut Nothing, let’s say. 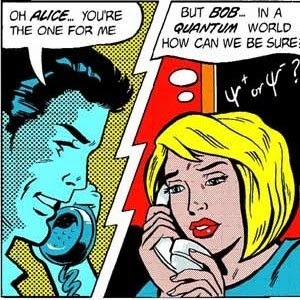 Scientists complain, too, that philosophers have plenty to do without tackling scientific questions beyond their ken or building lifeless intellectual constructs. For example, they ought engage more directly with issues posed by real world problems, like ethics in technology and medicine.

Bertrand Russell’s vision for contemporary philosophy was this:

“To teach how to live without certainty in a quantum universe, not paralyzed by hesitation, is perhaps the chief thing that philosophy, in our age, can still do for those who study it.”

For their part philosophers and some scientists object to the likes of Lawrence Krauss as triumphal, superficial, and hubristic.**

“Given that there is so much that we don't know, humility is at least advisable,” cautions physicist Marcelo Gleiser.

Beyond the ad hominem, though, critics also contend that, driven by quantum mechanical (and here’s irony) consistencies, theoretical physics has gotten too far ahead of itself – lacks sufficient empirical data to shore up its speculations, too many of which remain unproven. Moreover, even where data is available, the nexus between the evidence and the theories they purportedly support may be tenuous.

In any case, science by its methods can’t necessarily establish whether all truths about nature are discoverable.

Here it seems fair to mention that philosophy of late has taken some encouraging turns. Writers, like Bettina Stangneth and Peter Gordon, now consider it the task of philosophy to “protect thinking as something beautiful,” to expose subversion of thought, especially as this relates to malefic personal behavior or attitudes on the part of a thinker. While such a project poses obvious risks, the extremes of the last century perhaps make it inevitable.

Recently, the New York Times has hosted a series of lucid, fascinating plain English interviews conducted by philosophy professor Gary Gutting on topics ranging from cosmology to atheism. It’s a small step, but such exposure can only be positive for philosophy.

What if, after the dust settled, the theory of the quantum multiverse proved correct? Where that would leave notions of God?

No doubt many religionists would still cling to theistic causation as, if needs be, an infinite regression of cases: if the universe arose from the multiverse, then God must have created the multiverse, or whatever came before that, etc.

On the other hand, you could adopt the idea that God (if you believe in God) stands inside creation rather than out- and came into being along with everything else. Or perhaps with human kind in particular.  Or even as a part of human kind.

Such a notion might invigorate concepts of a Personal God (as opposed to an impersonal Cosmic Creator) bound up with or inherently part of a collective human psyche. Karl Jung explored this idea in his discussions of the Collective Unconscious. It also appears as the Monopsychism of Sabianism, Jewish Kabbalah, and Averroism, and is a part of Rastafarian beliefs.

For my part, I think God would show up in quiet and subtle ways – in the still, small voice, perhaps; or in dreams, the numinous telemetry of the Collective Unconscious; or in the inexplicable strangeness of random experience. Such a God would represent the deepest part of (collectively) whatever we humans are.

Of course, there’re many other ideas about the Personal God. The most personal take I’ve seen yet, though, conceives of God as a “Cosmic senior partner” – almost like a business associate to whom you're indentured. Hopefully, such a God wouldn’t play office favorites or cheat you in a real estate deal!

But then contracts are made to be broken.

Finally, what of Lawrence Krauss? Where does the multiverse leave him – philosophically, I mean?

Here’s his benediction for an audience in Australia:

“You are far more insignificant than you ever thought [because the universe wasn’t created for Man], but be happy because you’re here today…endowed by evolution with consciousness and intelligence, and you can ask these questions [e.g., where did the universe come from?]. So instead of requiring meaning in the universe beyond your own existence, you can create your own meaning and enjoy your brief moment in the sun.”

Surely in this there’s a quantum of chastening -- and joy! -- for everyone.

*According to Bertrand Russell, Nietzsche gave rise to Stalin, Rousseau to Hitler. No doubt causality ran in the other direction as well  – Stalin gave rise to Nietzsche, etc.

** To some extent, Krauss and company are merely following the First Law of Thermodynamics: all publicity is good publicity.


Posted by Steve H Dougherty at Wednesday, October 15, 2014 No comments: