Raleigh is a California raccoon who inhabits a jelly palm (Butia capitata) in our backyard.

He first appeared to us in the form of a giant undulate shadow snaking its way up the trunk of the mountain yucca that stands just next to the jelly, providing easy access to the big fronds of the crown where he dens. 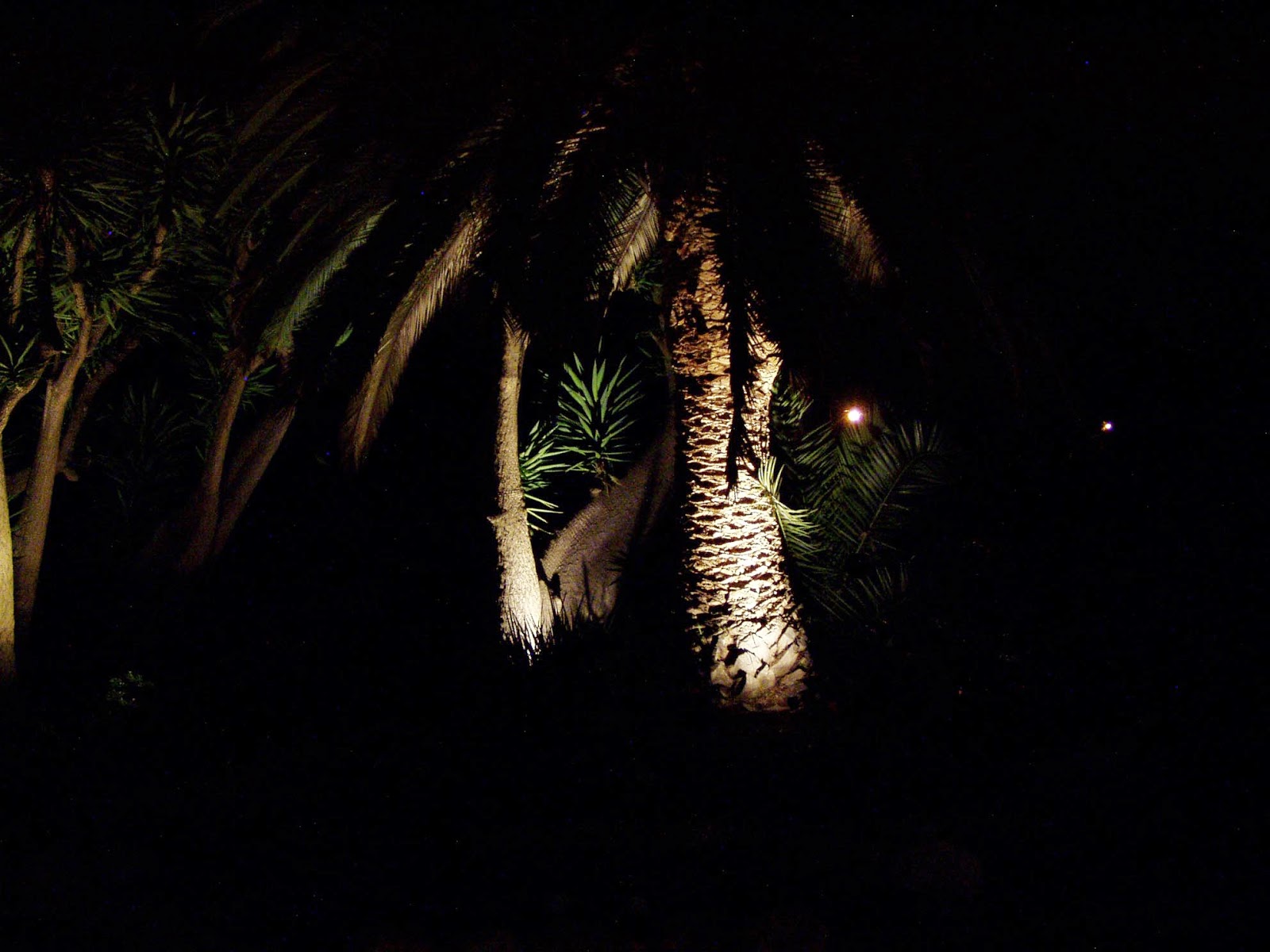 It was the Malibu landscape lights playing upon him from the ground that produced his extraordinary umbra. If you’re close enough to a light source, you can cast an impressive shadow even though you’re quite small. That’s why upon first sighting I wondered if Raleigh might be a puma!

Pumas, however, don’t leave muddy little five-fingered paw prints all over your porch or rummage through flowerpots looking for grubs. Nor do they generally raid trash cans.

Sometime later we saw two raccoons swarming up the yucca. Raleigh, it seemed, had acquired a partner.

One night Raleigh ambled onto our back deck and ramped up against a glass panel, peering in at us. Delighted, Leah put her hands on the glass just opposite his, and there commenced an impromptu game of pat-a-cake. As Leah hopscotched around her side of the glass, Raleigh shuffled paws to match her – not unlike a wrong way encounter through the visitors’ glass at the slammer.

“What a bright, inquisitive little creature he is,” I thought. “Maybe I should have a chat with him.”

Late one evening whilst puttering around the garage, I got my chance. Raleigh, sporting his little black domino facemask, suddenly appeared athwart the open garage door, poised like a sprinter awaiting the starting pistol. As I turned toward him, he began to move off.

“Is this about the trash cans?” he ventured, pausing and glancing suspiciously at me over his left shoulder. “ – and its Raleigh, not Reilly!”

“Oh, that” he said, stretching up to his full height (to impress me, I thought), then crouching down on his haunches. “What about it?” He seemed more interested now but still wary.

“Why would a raccoon want to play pat-a-cake in the first place?”

“Because I ran into an invisible something – or if you'd rather, a quite solid nothing – on your back deck and wanted to find out about it.”

“You mean the glass?” I offered.

“If that’s what you call it,” he replied. “I kept thinking your mate – Leah – had found a way through whatever it was, so I went about checking from my side, too. Looking back, she might have been thinking the same thing. In the end, we got nowhere at all, and I feel little the wiser."

“Like the blind leading the blind,” I laughed. “Oh, the peculiar things that separate us, one from another!”

“Sure, make light of it,” Raleigh rejoined sounding truculent, “but you’d have to be dumb as a woodlouse to put up walls you can see straight through. After all, you go into your den to sleep, away from the light and safe from your enemies. Why would you build invisible walls that let in the one and reveal you to the other? If you ask me, that’s pretty lame!”

“We humans spend a lot of time in our homes and we don’t like to work in the dark,” I protested. “That’s why we build a few transparent walls.”

“Gophers nearly always work in the dark,” Raleigh scoffed, and they almost never come out of their homes. I should know ‘cause they’re on my menu. Maybe you’d best adapt like the gophers before you run short of that glass stuff – it could happen, you know!”

“I take it for granted there’ll always be pane glass,” I replied with annoyance and a trace of distain. “What’s more, you seem improbably opinionated even for an urban raccoon. You sound like one of those environmentalists with an attitude. I may have to reconsider the dog food rations I’ve been putting out for you.”

“And I may have to reconsider your trash cans,” rejoined Raleigh without missing a beat.

“Ok, ok, let’s try to be civil here. By the way, who’s living with you in the jelly palm now?”

“Ursula?  Sounds like an odd name for a raccoon,” I mused out loud.

“Why would you say that?” he replied. “The word means ‘little bear’ – bears are raccoons’ closest relatives.

Anyways, what about your own name, Steven?  Surprised I know who you are? I found your call sign in the trash, that’s how. ‘Steven’ from the Greek means ‘victorious,’ but you’re hardly that – I’ve noticed all those rejection letters.”

“Maybe you have a point,” I conceded ruefully. “Why, even as we speak the wildlife on this place is taking over the property.”

“No need for sarcasm. Ursula and I are happy to share our territory with you so long as you pay us in dog food. (You should try it yourself with frogs sometime). Now that I think of it, your current payment is already past due – and now that I have Ursula, you need to pay double, too.”

“That’s just what I was doing here in the garage,” I said, suddenly defensive “ – dishing up your pound of….”

But he’d already disappeared into the night.

I loaded several more scoops of chicken-flavored Pedigree dog chow into a galvanized pail and trudged off to settle up my account, feeling much perplexed over the exchange with Raleigh.

I could feature myself as a gopher, I reckon, but could we really run out of pane glass?