Spring was drawing nigh. I hadn’t seen Raleigh for awhile and suspected reflexively he must be getting up to something. When it comes to the devices of himself, scarcity for Raleigh usually spells chicanery.

What was it this time? Someone had been scraping up mulch in the flowerbeds, looking for grubs. Then there were the tomato plants dug out of the garden. But none of this was out of the ordinary and could have just as easily been skunks. Moreover, the trash was intact, and there were no muddy footprints on the back porch. Raleigh always leaves tracks – if he’s around.

I generally refer to Raleigh as a natural raccoon, but the truth is he’s disturbingly preternatural. Coons as a species are smart, especially when it comes to opening lids, undoing locks, squeezing into unlikely spaces and such, but Raleigh’s ingenuity goes way beyond this. How many raccoons know the credit limit of your MasterCard? Or the basics of molecular biology? Raleigh is that kind of smart.

Curiosity, if not suspicion, getting the better of me, I made up my mind to track Raleigh down. That meant keeping a midnight watch in the garden of coonly delights, the backyard of my house, particularly amongst the vegetables.

So there I sat like a statue in an aluminum folding chair, concealed from an inquisitive full moon by a nine-foot Celadon-green patio umbrella -- a light breeze playing with the canopy and a slight chill in the air. My mind wandered to thoughts of friends from years gone by: Hilde, a red-tailed hawk from Kassel with a partiality for Hofbräu brews; Velda, a strict vegan vulture from Saskatchewan; a Texas armadillo by the name of Alamo who methodically varnished his shell with carnauba wax at least twice weekly; and Manfred the Minnesota badger who brazenly sold snowshoes and bootleg tins of Cougar Long Cut Natural to unscrupulous fur traders from Duluth.

Well, who amongst us is without foibles and frailties? What had become of these beguiling chums, I wondered.

Whatever he’d been up to, I was sure Raleigh would stick around once he’d put in an appearance. Like Br’er Rabbit and the tar-baby, I reckoned, he’d be drawn irresistibly  to a motionless me as though I’d somehow turned into a novelty that warranted a once-over – Raleigh the bold and curious, always alert for the main chance.

Sure enough, he sidled up beside me out of the shadows.

“Hey, there! Where the hell have you been?” he interrupted.

“Hiding out from you, no doubt,” I replied, going with the flow. “Where have you been, and what have you been up to? Somebody hacked into my bank account – using what the bank described as a ‘Procyonic’ exploit.

And speaking of money, I’m dubious about paying you any more rent for this place on account of I doubt your standing to be dunning me for it. You might at least come up with some bona fides – official-looking papers with notary stamps and the like.”

“I’m glad you brought it up,” Raleigh relied. “I was planning to give you a break on rent this month anyway. Instead of dog food, I’d like you to place an order on my behalf for a special restorative shampoo. You see, I’ve come down with a skin condition known as Morgellons. The treatment for it, at least in my case, would be a mixture of rare balms, soothing unguents, and rich immolatients. The special shampoo contains all of those and would be just the ticket.”

“You must mean emollients, not immolatients,” I replied, “unless self-immolation is your idea of a tan.  God knows you’ve burned me often enough with your schemes. So what is this Morgellons?”

Raleigh blinked, pausing for a second to assimilate his malapropism. Then he continued:

“I have these itchy, crawly sensations as though bugs were burrowing under my skin – doctors call it ‘formication’ – and strange hairs growing out of my pelt. Branch Boughman, the park ranger, said I was imagining things, then sprayed me with DDT. But it didn’t help. The best treatment would be that special shampoo – it says so on the internet – and this magazine ad shows that it works for raccoons as well.” 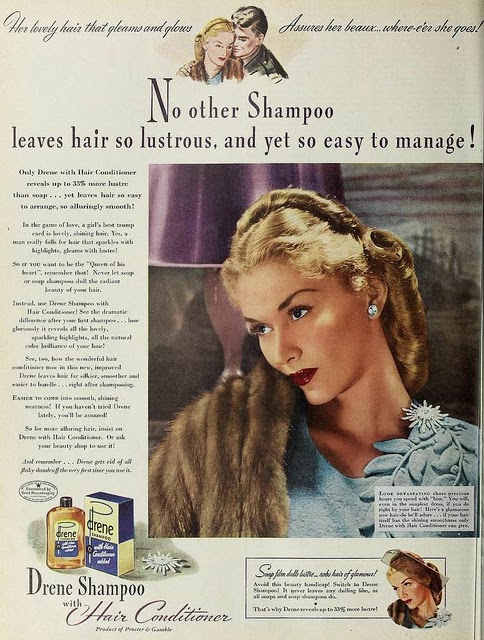 So saying, Raleigh handed me an advertisement for Drene shampoo depicting a glitzy woman clad in a fur.

“This is just an ad for Drene shampoo,” I said, “and that mink stole she’s wearing has nothing whatever to do with raccoons. Moreover, to be frank, I suspect you’re trying to blame all your troubles on your skin like that aged-out folk singer who lost her voice. But the problem is in your head, not under your hide, and the strange hairs of which you speak are just your fur. You could be in a state of displacement here, Raleigh, maybe even losing your marbles. Turn around and let’s have a look at you.”

As Raleigh turned, I examined his coat.

“You’re as clean as a kitten,” I said after a minute or two. “Nothing wrong with you at all.”

“You’ve never had vision, compassion, or any sense of distractionalism, have you?” Raleigh retorted, soundly sharply critical. “And I’d say you lack empathy altogether for troubles of the spirit, especially ones that manifest as malign disturbances of the integument in the unfortunate afflicted. For your information, I’m not the only raccoon around here with Morgellons. I’ve convinced at least eight others that they have it, too.”

“Distractional what-ism? Maybe you mean abstractionism or something,” I replied,  “but never mind about that. If you really think Drene shampoo will help you, I’ll spring for it as rent this month. But don’t press your luck or I might have to season the creek with Zyprexa to prevent all you coons going mental. This psycho-contagion of yours could run rampant like an internet meme. (Formication, indeed!)”

The URL Raleigh gave me for Drene turned out to be the place-your-order-now page, and paying little attention I perfunctorily made the purchase. The whole thing was clearly ridiculous, but I enjoyed humoring him. Going along with his delusion made me feel broadminded and forbearant, a person of depth and sensibility not at all like the soulless android he’d made me out to be. Moreover – I’ll not deny it – indulging him like this gave me a little sense of intellectual superiority, the way you might feel, say, when amicably patronizing a nitwit.

When next I saw Raleigh, about ten days later, he was cavorting with a bevy of highly attentive coonettes down by the creek.

He turned, winked, and gave me an enormous grin that slowly went from shit-eating to wicked.

“My angst passeth apace,” he declared. “And as for the formication, t’is naught after all but passion’s name misspoke, a tonic rather than an ill.”

“C’mon girls! Time for some fun,” he shouted to his harem, and off they romped in a tumbling confusion of gray-brown fur.

After recovering from my surprise, I trotted back up to the house to find the packing slip that’d come with the Drene. It read as follows: 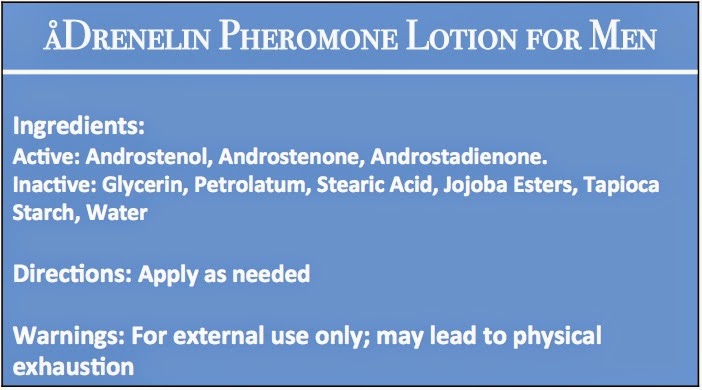 To think I’ve ended up a procurer for a coon – and a smartass Elizabethan coon at that.