How many kinds of hugs can you think of? Depending upon the circumstances, hugs might express strong emotion or perhaps little emotion at all. Either way, they’re a form of so-called haptic communication. Here’re a few of them. 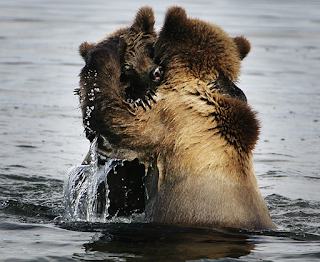 And, of course, if none of this interests you, there's always the... 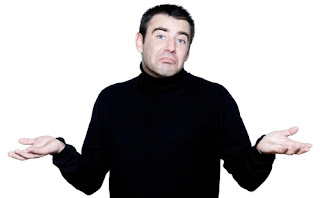 Email ThisBlogThis!Share to TwitterShare to FacebookShare to Pinterest
Labels: Within reach

Summertime and the living was easy. Raleigh relished it, had no compunctions about availing himself of Nature’s bounty, fruits and vegetables from my backyard orchard and garden. By his lights, the food was simply there for the taking – “to share,” as he put it succinctly. What’s more, he was of the opinion that today’s homo sapiens weren’t nearly sapient enough when it came to their waste lines – consuming, as wont they seemed, way more than was good for them.

“Just living off the fat of the land in the land of the fat,” he’d observe sardonically. “You people need to lose weight, and I’ve been sent by Providence to help stem the tide – nay, the torrent! – of your caloric indifference.”

Such is Raleigh’s eleemosynary complexion.

Rearing up on hind legs, he snatched a low-hanging Bonita peach and began casually nibbling away at it.

“Want one?” he asked glancing up and flashing his patented shit-eating grin.

I glared back in annoyance.

“Peaches are a stone fruit,” I cautioned, trying to sound ominous. “Take care you don’t break your jaw on the pit.”

“Never you mind about the pit,” he snapped back, “it’s the pendulum ought to concern you. Time’s a-fleeting in case you hadn’t noticed.”

Indeed, I had noticed, making his admonishment that much more galling.

Raleigh had educated himself about humans by reading what they threw out in the trash – trash being chiefly what humans read. By degrees, I’d come to appreciate the scope of his ken – everything, it seemed, from Chaucer to People Magazine. I’d subscribed to the latter through one of those frequent flyer mags for miles offers, though I rarely read it myself. Raleigh, on the other hand, knew all about the bachelorette sex scandal, how Kaitlyn “Maybe went too far!” No doubt it was the “went too far” part that first caught his attention – he being such the aficionado of life on the edge.

“When in Venice, do as the Romans do,” he grinned, finishing off the peach. “I think that’s from Italo Calvino.”

“Maybe,” I replied. “Calvino was a Communist for awhile, and Communists used to talk like that. But this isn’t Rome or Venice, and those are my peaches, you little…!”

Raleigh, facile with whatever’s to hand, treats facts as important only in so far as they bolster his biases and secure his supper. In this respect he’s surely much like the rest of us. You have to admire the furry little dervish’s tenacious defense of viewpoint, though, even when he’s not necessarily certain what it might be and, beyond the moment, might not even care. If there was ever a scion of natural philosophy, it’s he. He could foist a Ponzi scheme and when it went bust, convince you of his victimhood on the grounds of abject privation.

For such reasons as these, I found myself curious that afternoon to learn more about him, especially his lineage. What pedigree of raccoon, I wondered, had given rise to one such as he?

“You’re a California raccoon, Raleigh, but were your ancestors from here as well?” I ventured.

In the face of my just-dispensed rant about peach proprietorship, Raleigh had judiciously retreated a few paces. Now, enticed by my interest, he drew nearer.

“My great-great-grandfather, Jedediah Raqkune originally hailed from Kentucky,” he began, “but in 1820 – just after the demise of Daniel Boone, the famous buckskin sartorialist and explorer of the American frontier – he set out for California. In as much as I mention all this in one breath, you might suspect a connection, as indeed there is.

“It’s a story that bears some recounting,” Raleigh cautioned, “and to give it credence may require some effort.”

“Most things involving you require some effort,” I replied dryly, “say on.”

“Daniel Boone, as perhaps you’re aware, was known to his contemporaries and later to history as an exemplar of the "natural man” – the man who lives in harmony with Creation, simply if roughly out in the wild. Like Native Americans of his day, and… ” – here Raleigh put on an air of studied self-satisfaction – “…and like myself, I might add, Boone survived off the land, taking only what he needed to sustain life and limb. He was given neither to malice nor greed. Like a sylvan saint, his was a soul set apart, lofty and sanctified in a tabernacle of loblolly and fir.

Anyway, that was the popular myth – which, of course, Grandfather Jedediah knew to be nonsense.”

“Does sound sort of far-fetched,” I conceded. “I wouldn’t have exactly connected Boone with the beatific vision, not even of the bucolic variety.”

“Certainly not!” Raleigh retorted, as though he had a bone to pick with the past. “The truth is Boone was a cold-blooded killer indifferent to genocide. Indeed, when it came to the latter he was all too snug in his skin – not to mention the skins of countless of his victims.

It was Boone, you understand, who mapped out the wilderness, not only for the human settlers who moved into Kentucky, but also for the fur trappers and traders who trafficked remorselessly in the lives of their fellow creatures just to satisfy the fashion houses of Europe. The effect on all concerned was disastrous, disrupting the natural balance of things and suborning Native Americans to crass exploitation of their primeval environment.

Boone himself, who was known to my kinfolk, many of whom fell victim to his skinning knife, as Daniel the Dastardly or sometimes Boone the Baneful, must be counted among the ranks of these despoilers.

When he died in 1820 of natural causes, Grandfather Jedediah Raqkune set in train a sort of posthumous leveling of the score: he dug Boone up while his corpse was still warm and skinned him from head to toe. Not many of you humans know this, but it’s legendary amongst us raccoons.”

“And what on earth did Jedediah do with Boone’s hide?” I grimaced.

“Don’t look so pained,” Raleigh chided me. “I bet you gleefully slapped on one of those outlandish Davy Crockett coonskin caps just like all the others when you were a kid.”

“Well, I, I…” I stammered, tugging at my suddenly-too-tight collar.

“I thought as much.” Raleigh squinted at me accusatorily for an instant, then went on.

“From Boone’s scalp, Jedediah made a…well, a Booneskin cap.”

“That’s not funny! Wha..what about the rest of him?”

“Through contacts in New York, the remainder – torso, limbs, behind – was forwarded to one Duncan Phyfe, a leading cabinet maker of the day, with instructions to construct a unique leather love seat, complete with throw cushions made from Boone’s buttocks. Dead center upon the backrest in large, flowery calligraphy was to be embossed the phrase, ‘My Boon Companion.’


Phyfe, of course, was naive as to the provenance of the hide he’d received and presently completed the little couch in a fine-grained polished cherry wood. It was a superb piece of work!”

“And whatever became of this macabre masterpiece?” I asked, by now feeling quite pained indeed despite Raleigh’s earlier injunction.”

“It found its way into a private collection of Federalist furniture in Boston, by which time it looked pretty scruffed up – like some relic of the wild frontier, as one might say!”

Tickled by this witticism, Raleigh burst into laughter. Then, regaining composure, he sidled over to an apple tree, grabbed a low hanging Pink Lady, and sank his teeth into it.

For a moment or two I stood wordlessly watching him eat.

“Do you really expect me to believe a tale like that? You must think us humans pretty slow if you do.”

Raleigh looked up, suddenly serious. “It’s no skin off my back whether you believe it or not,” he said through a mouthful of apple, “the point is the same. For generations, you humans have robbed us forest folk of our lives and homes, on account of which we’ve had to take shelter in your cities. Well, now we’re here and drinkin’ your beer. And if you ask me, that seems only fair.”

Fiddling with a Kleenex in my pocket, I stared down at my leather-shod feet. “Try the apricots next, Raleigh,” I said. “They’ve just gotten ripe – I should have mentioned it before.”