There’s probably no limit to the variety of hand gestures you could dream up, everything from sign language to dance moves to assorted hand-face motions*. But it’s the second or index finger, alone or in combination with the others, that seems to play a predominant role. Babies begin to communicate by pointing around the age of one year. Dogs and elephants likewise understand designatory finger pointing, suggesting a degree of inter-species similarity. Pointing is sometimes used as a reminder or fail-safe measure. And sometimes it can seem downright pointless.

Indeed, pointing with the index finger can suggest a great many things. Consider the following:

Designation: In both of these photos, President Obama is likely selecting questioners during a White House press conference or some such occasion. You can intelligibly designate anything by pointing this way provided the context is obvious, explained, or at least implied (which might involve humor). Basic point designation can also be used for acknowledgement or giving directions.

Compulsory Designation, Kinetic Summons: Although the caption, “I want you!”, was typically added for emphasis, the image speaks for itself. Uncle Sam is rallying citizens to civic duty. During World War II, this meant enlistment in the military. The kinetic summons -- alternately  bending and pointing the finger -- might have been used instead but would have been less persuasive.

Emphasis, Exclamation!: Here the speaker or performer is, well, making a point. There may be overtones of elation, seriousness, or even annoyance. Some folks are known to make a lot of points.

Elation is a variation of exclamation. It's sometimes said to represent a mystic connection with the divine, but this seems too much of a stretch for what's depicted here. 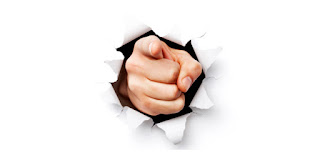 Anger or Condemnation: Note how the finger is cocked and then thrust forward like an arrow or spear. This is to ensure that you get the point. Context in these cases, though usually obvious, may sometimes be cryptic as when an angry finger comes pointing at you through the wall.

Advertising: These poses are ersatz variations of exclamation

I hope you've enjoyed the post! But if this 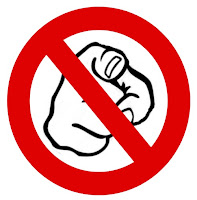 -- or perchance even this! -- is all that comes to mind, it may be time for you to 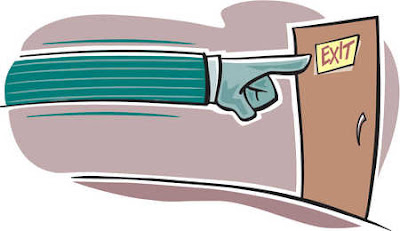 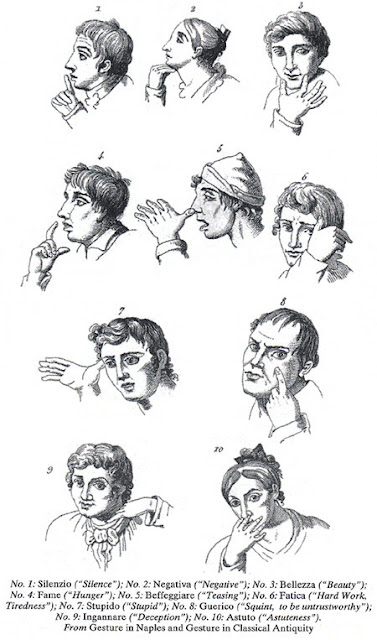 Posted by Steve H Dougherty at Thursday, January 14, 2016 No comments:

Email ThisBlogThis!Share to TwitterShare to FacebookShare to Pinterest
Labels: Or is there one?
Newer Posts Older Posts Home
Subscribe to: Posts (Atom)