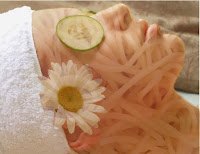 “If you condemn something, you have to support your argument."
Marion True, Curator of Antiquities
Getty Museum, 1986-2005


In 1997, the $1.3 billion, Richard Meier-designed, Getty Center opened its doors to the public for the first time – free of charge. Sheathed in white Italian travertine and home to art works ranging from the Middle Ages to contemporary photography – as well as to the Getty Research Institute, Getty Conservation Institute, Getty Foundation, and the J. Paul Getty, Trust – the Center’s several buildings occupy a 760-acre Brentwood campus that towers above nearby Bel Air the way the Capitoline overlooks Rome. 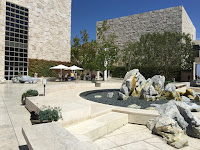 
Yet like the private life of its founder and benefactor, J. Paul Getty, Sr., the Center’s 20-year history is replete with scandal and controversy, a story that’s played out as three more or less parallel, sometimes intertwining narratives: looted antiquities, fake works of art, and work place sex.

Somehow, if improbably, all three of these themes appear to have converged on the occasion of the Center’s latest exhibition, the Cave Temples of Dunhuang, Buddhist Art on China's Silk Road, May 7–September 4, 2016.

I arrived excitedly at the exhibit earlier this month expecting a tour of three conserved cave temple originals, restored to pristine splendor.

And why wouldn't they be the originals? With an endowment of $6.2 billion (as of 2013), the Getty is by far the world’s wealthiest art museum and could easily afford to purchase the temples lock, stock, and barrel from China (where since Mao, everything has been up for grabs) and transport them back to Los Angeles.

From a technical standpoint, such an undertaking should be entirely feasible. Folks move big structures all the time. Didn’t engineers uproot and lift two enormous limestone temple complexes at Abu Simbel to avoid the rising waters of Egypt’s Lake Nasser? What would moving a few small man-made caves be in comparison to this?

To ship the caves to LA, you'd first have to excavate them en bloc, pack them up securely in burlap, and stow them on a large freighter like the Maersk Triple-E.

Or for a decent rate, perhaps just send them UPS.

In this particular circumstance, the ethics of an extirpative (en bloc) excavation shouldn't create a dilemma for the Getty, either.  One of the cave temples, #320, had already been partially looted by another American, archaeologist Langdon Warner, in 1924. Thus, defiled with pieces missing to begin with – and with the home team being to blame for it – it'd seem an act of actual responsibility, even charity, to collect the rest of the cave for preservation. Naturally you’d need to dig out a couple of  adjoining ones, too, for purposes of comparative study. But with some 492 of these caves, no one's going to miss a paltry three.

Pretty much on the up and up, really.

True, China is notorious for red tape. But if Customs refused you an export license, you could still have black marketeers smuggle the temples disguised as, say, parade floats to Shanghai and then transship them invoiced as handicrafts to Los Angeles via Dubai. (Everybody does it!)

Like many American art museums, the Getty has quite a history with looted artifacts. In the 1970s and 1980s, the museum’s curator of antiquities, Jiří Frel, cooked up a tax manipulation scheme that expanded the museum’s collection of antiquities, including pieces of dubious provenance – a number of the latter being generally considered fakes.  In 2005, under pressure from Italian authorities to return looted items, an internal review at the Getty found that 350 of its antiquities had been acquired from dealers suspected or convicted of dealing in looted artifacts. By 2007, the Getty had agreed to return forty of these objects to Italy; as of 2014, some fifty-two had finally been repatriated – forty-six to Italy and six to Greece.

One of the museum’s most prized possessions, the 2,300-year-old Greek bronze known as the Victorious Youth, acquired in 1977, remains entoiled in litigation with the Italians to this day.

Most recently, Turkey has sought to recover artifacts it claims are held illegally by the Getty.

Surely, with this much expertise in black marketeering, the Getty could finesse acquisition of a few looted cave temples if it came to that, perhaps even leveraging its reputation for buying fakes as a smokescreen.

Finally, there was the testament of Lou Jie, director of the Dunhuang art research unit, who said of her work on the temple exhibition:

“In this state of submersion, I transitioned through the mental states of self, self-forgetting, and no-self, transported as I worked to a world of more than a millennium ago.”

It seemed likely to me that such thoroughgoing transcendental abnegation of the self would only be occasioned by painstaking en block excavation of genuine caves, not the fabrication of fake ones from fiberglass and Krylon®! Thus, Lou Jie must have been digging up the real thing, not making copies.

But despite all the above considerations,  I was in for a big disappointment!

The Getty cave temples turned out to be counterfeit after all, merely 21st century copies!* Even to my untrained eye, it was clear right away that one wasn’t dealing with cave originals here (see critical analysis).

How could the Getty have been so mislead?

Well, for starters, it wouldn’t be the first time. The Getty’s traffic in looted antiquities is rivaled only by its history with fake works of art**, and the two things, not surprisingly, have often been interrelated. Bogus antiquities are typically of dubious provenance, and the latter in turn is typical of looted antiquities whether they’re bogus or not.

Take, for example, the “Skopas” head, or head of Achilles, purchased by Jiří Frel for the Getty in 1988 at a price of around $2.5 million. At the time, it was considered one of the museum’s most significant antiquities, a 4th-century B.C. treasure – until it was noted to be a copy of a head on display at the National Archeological Museum in Athens. Of course, no one really knew who had sculpted the counterfeit or for that matter, the original. But the cause of truth in such situations is hardly advanced when you have experts like Frel himself and probably others fabricating false records of provenance on behalf of private collectors and dealers looking to move their own loot.

In retrospect, I should probably have anticipated that the Dunhuang cave installation would prove to be counterfeit. For given the Getty’s history with fakes, together with the highly unusual nature of the exhibition itself, this would have been just the occasion for more fakes to turn up.

Which brings me to the final theme of the Getty saga: office or institutional sex.

To be sure, there's nothing special about institutional sex per se. It’s as ubiquitous as red corpuscles, especially in religious institutions. What’s different about hanky-panky at the Getty, though, is the context. Feature a torrid romp on a 110-raj antique silk Tabriz tossed on the marble floor before Rembrandt’s Abduction of Europa or Orazio Gentileschi’s Danaë.

The imagination runs wild!
As did the the staff at the Getty apparently.

“They were fucking like rabbits behind the paintings,” said Peggy Garrity, a lawyer who sued the Getty over a client’s sexual harassment claim.  Especially, perhaps, in the case of the aforementioned Jiří Frel who, well-known for his “priapic tendencies,” had a three-sided desk useful for cornering (often cooperative) research assistants against the window.

And it’s here, I believe – if the Getty's staff would see fit to adopt the cave temples for a self-help regimen of, say, yab-yum tantric yoga – that the Dunhuang replicas could yet prove a major boon to the museum and its associates, way beyond mere historiography and silk road aesthetics. Yab-yum, you see, is the primordial union of wisdom and compassion expressed in a physical sense (yum, indeed). Perhaps the associated rituals would lend a more spiritual cast to the museum’s carnal goings-on and thereby dispel some of the notoriety. 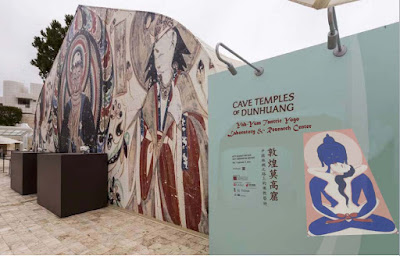 ** In all fairness, art detectives say that around 60% of the art on the market is fake.