Princess Lil Ti and the Tangerine Mandarins: A Tale of Old Beijing 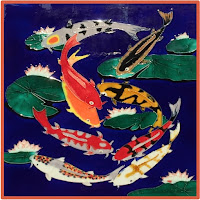 Princess Pingyang, daughter of the first Tang emperor, played an important role in the founding of that dynasty, raising and commanding an army of 70,000 soldiers to assist her father’s campaign.

Li Ye, famed for her literary talents, was summoned to the court of Tang Emperor Dezong to compose poetry for him.

Yet for originality and shear force of character, none compares to Princess Lil Ti of the latter Qing dynasty – not even the redoubtable Dowager Empress Cixi, according to most authorities.

Lil Ti was born gulun gongzhu, or "princess of the first rank,” to Xiaozhuang, wife of the Xianfeng emperor, in1705. Many of the details of her upbringing remain sketchy, but as distinct from most women of the Chinese imperial court, the sources indicate that she was well educated.

At the age of six she was placed under the supervision of "Grand Tutor of the Royal Princess" Wei Zhongxian, a learned court eunuch who by dint of skillful heuristics imbued in her a thorough knowledge of the Chinese classics. This even if at times coping with his charge proved daunting or downright parlous!

At only ten years of age, for example, whilst reciting for her tutorial the Three Obediences and Four Virtues handed down by Confucius, Lil Ti paused, then suddenly blurted that the venerable Chinese philosopher “might just as well be called ‘confuse us’!”

For the Three Obediences and Four Virtues had to do with the expectation that a woman would first obey her father, then her husband, and in the event of her husband's death, her sons – and to Lil Ti this made no sense at all. Indeed, according to Confucius’ own precepts, it added up to a sort of duplicity. One of the meanings of the Confucian virtue Rén, she pointed out, is "not to do to others as you would not wish done to yourself.”

So why should men seek to dominate women, she wondered, if that weren’t what they’d want for themselves?*

More than a few Chinese scholars of the time had been executed for unorthodoxies less serious,  and Wei Zhongxian, trembling like a willow in his green silk changshan, stood to be blamed.  Struggling to dissuade Lil Ti from pursuing heresy any further, he grimaced and made a slashing motion across his throat with the edge of his hand to indicate the likely outcome of her apostasy.

Now, as Lil Ti was quite fond of Wei Zhongxian and not insensitive to the hazard she’d created, she decided to let the matter drop even though retaining her views about the injustice of it.

Then to her surprise, in a private concession that came not long after, Wei Zhongxian, who’d been mulling things over, allowed she’d been right all along.

“Philosophy only makes sense if you think about it as little as possible,” he admitted.

When it came to the rest of Confucius – the Four Books, including the Analects, and Five Classics – however, the sailing was smoother. Likewise for the Twenty-four Filial Exemplars (classics of Chinese mythology and folktales), the Twenty-Four Histories, the Hundred Schools of Thought (eventually boiled down to the Nine Schools), and the Three Hundred Tang Poems.

Even so, with such a program as this, Lil Ti necessarily began to wonder if, in a quaint sort of way, Chinese learning might be summed up as a collection of numerals, odd and even – the nines of these, the twelves of those, and so forth.

“I’d bet even odds you very well could,” she mused, “and cover it with no more than, say, the Three Explanations.”

By the time she was eighteen, Lil Ti had discovered (and read to dog-eared attrition) two classics of the Chinese novel, works that would effect for her a sort of coming of age epiphany: Slapping the Table in Amazement by Ling Mengchu, and The Carnal Prayer Mat, an erotic thriller by Li Yu. There followed not only a spate of philosophizing (which coming from Lil Ti seemed ironic) – her thesis of the Ten Blandishments and Seven-and-a-Half Ratiocinations – but also authorship of a scandalous romance novel Lotus Steps of a Song Virgin in which she explored her philosophies in (perhaps too much) depth, reaching a wide audience of enthusiastic nobility. From this she emerged for a time as a sort of Qing dynasty Françoise Sagan.

But it was literature, particularly poetry, rather than music that proved to be her métier. Yu Xuanji and Li Ye, famous women poets of the Tang dynasty, became her exemplars. Besides composing extensively herself – she would write for hours on end – from 1725 onwards Lil Ti oversaw the publication of a periodical for aspiring poets, Tooth and Claw Monthly.

Yet fancy sometimes got the better of the princess, conjuring as it did, figments of an especial sort that for her surpassed the merely imaginative.  She would wander the back allies and street markets of Beijing in a conical coolie hat, disguised as a corvée laborer from Yunnan (a tour de force in itself since most such conscripts were men who remained tethered close to their work), absent her attendants. And thereabouts would whimsy overtake her.

And no wonder! The Beijing bazaar was an exotic, raucous, voracious place – a veritable Götterdämmerung of the senses. Jugglers, fire-eaters, beggars, and thieves plied their trades. On offer were all manner of comestibles hanging from racks or heaped in bins: millet, wheat, beans, barley, and mountains of rice.  For the wealthy, there were meats from the farm – chicken, duck, goose, beef, and pork. Trappers and hunters offered rabbit, sika deer, turtledove, bamboo partridge, magpie, pheasant, crane, and owl. Fish caught by indentured cormorants in the nearby Chaobai River could be had year round. Also, shark fins, frogs, snakes, and even centipedes.

More seasonal were vegetables and fruits such as jujube, pear, plum, peach, apricot, and myrica. Oranges, prized as a delicacy, could be had as a treat for Chinese New Year’s or given as gifts.

Beyond the farmers’ market were the stalls of the dry goods sellers, purveyors of everything from bronze oil lamps to iron plowshares to silk – countless skeins and bolts of silk in myriad patterns and hues, shimmering in the afternoon sun.

The experience could be overwhelming, like Stendhal’s on steroids. Indeed, for Princess Lil Ti, it quite begat an altogether novel dimension, an alternative space curiously amended as from beyond the looking glass wherein she encountered an odd assortment of notional, yet all-too-sensible, characters.

Thus did she come upon Ding and Dong, two rice farmers from Hubei, who were (a little too) eager to feign for her the sensation of rice paddy muck oozing between one’s toes or tilapia snogging one’s ankles in water knee-deep. Lil Ti dismissed them, along with their Ten Secret Recipes for Glutinous Congee (with Mung Beans), as merely garish.

She met Ping and Pong, silk merchants from Shanghai, who affected smoothness and luster but simply couldn’t maintain a good back and forth.

Zing and Tang, smarmy citrus growers from Jiangxi, in a fruitless attempt, likewise vied for her notice.

Then one afternoon near the pavilion of Cai Xingfeng, a Uyghur spice merchant – swooning amidst aromas of frankincense, styrax, and bdellium, attars of garam masala and camel dung – Lil Ti encountered an unusual pair of reprobate mandarins, Ming Mong and Mong Min.

Theirs was a truly a tale of woe, for from positions of probity and regard they’d sunk headlong into corruption and depravity, squandering both wealth and the public trust.

But their story aroused in Lil Ti the deep-seated compulsions of a reformist, and she at once undertook to “struggle” the two, tersely reminding them of the Confucian virtues of justice and propriety and of the mandarin’s responsibility to the state. Then, having somehow remedied their every transgression in the space of but a few minutes, she advised them to take up poetry, particularly shi and ci – these forms being held in especially high regard, and poetry considered the proper avocation of mandarins.

In the event, evangelism was its own reward. So pleased was the princess with her handiwork that she invited the pair to dine with her at the Summer Palace that they might celebrate their redemption and discuss matters further.

At the appointed time, from the palace’s great kitchen came a sumptuous repast: Peking duck, steamed pancakes, spring onions, sweet bean sauce, dim sum, and baijiu ("white liquor"). It was a feast fit for a Qing, a royal one anyway.

But as the waiters and stewards entered the royal refectory adjacent the Hall of Dispelling Clouds, they were startled to discover the princess seated before a large Ming celadon filled with luscious zaoshu nanfeng tangerines (honey mandarins) – quite alone, yet engaged in earnest conversation. Now and again she would pause as though listening for a reply from unseen interlocutors, then continue apace.

She still had a great deal to say, it was clear, about corruption among Beijing’s mandarins – how several candidates for the Imperial triennial court examination had cheated by bribing court officials or hiding test answers in their underwear (in one case, even a five-character, 12-line shi poem for the exam’s poetry section).

From the look of it, the princess was setting the tone, and if supposition were any guide, the invisible dinner guests simply followed her lead.

Meanwhile, the attendants, loyal retainers of the royal household, went about serving the meal as though nothing were out of the ordinary.

Until of a sudden, disturbed by the clink of porcelain, the princess started alert as though awakening from a trance or dream. For a moment or two she looked about in a daze, not a little chagrined by what had transpired.

Then quickly regaining her composure, she announced she would celebrate the entire experience, street markets and all, in an anthology of verse.

“After all,” she explained, glancing toward the celadon, “it’s in the very nature of creativity to turn adversity into, well, verse!”

And with that, she gave a wink to, well, no one in particular.

For Lil Ti, the upshot of this drama was a classic of Chinese poetry, The Garden of Jade Chrysanthemums: Dreams from the Heart of Beijing, which she completed three years later.

Sadly, in the turbulent years that followed, during the decline and fall of the Qing dynasty, China’s last, Lil Ti’s masterwork was lost to posterity. Still, one can hope that someday, like the Terra-Cotta Warriors of Xi’an, it may again come to light, revealing more to us of this remarkable Chinese princess.

* Years later, anticipating Andrea Dworkin, one might almost say, Lil Ti threatened to “bind the heads" (with a Medieval cruncher, of all things) of those who subjected girls to foot binding. But it was not until the People’s Republic that the practice finally died out.