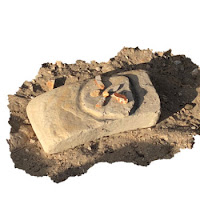 Some show up after dark with six-packs of beer and stay until late. Others, sometimes the homeless, stay the whole night.

And amongst this multitude are the beach artists and architects. I’ve never actually seen them at work, but until swept away by the tides, their creations endure as testimony to their inventiveness. Just as children dig sand and build castles,  grown-ups fashion stuff from driftwood, seaweed, and rocks. Perhaps it’s the primitive urge to construct shelters or make art. Perhaps some innate impulse to repair chaos, organize things.  Or maybe just boredom after enough  sun and sea. The builders often work together, I’m told, like Mennonites at a barn raising.

Beach creations come in various shapes and sizes. Lean-tos, burners, tepees, A-frames, dugouts, pillboxes, circulars, and wind breaks are among the most common. Some aren’t so much structures as sand art incorporating driftwood, rocks, seashells, and feathers.

The sky’s the limit when it comes to what takes shape on the beach, and some of this handiwork defies description. You might even be given to wondering whether some of it is cast up ready-made by the ocean itself, like Athena springing full grown from the head of Zeus. Recall that the first ever Burning Man event (1986) was held, not in Black Rock City, Nevada, but on a beach, Baker Beach, in San Francisco – and Zeus was from San Francisco.

In some cultures, driftwood has been viewed as a sort of fundamental element, like earth, air, fire, and water. According to Norse mythology, Ask and Embla, the first human couple, were made from driftwood by Odin (god of a litany of things)  and his brothers, Vili and Vé. The Vikings had the habit of throwing wood into the sea before making landfall, then building their mead halls wherever the wood washed up. Perhaps they figured if you fell in the drink while drunk, you’d drift to shore like the jettisoned wood, not out to sea and be sunk.

A recent book, Driftwood Forts of the Oregon Coast by James Herman, waxes philosophical about all this. “Something deep and dark runs through the forts here [north jetty of the Siuslaw River],” he says. “It’s not a bad thing…The forts are smoky and talk to you, even if you aren’t listening.” Where there’s smoke, there’s fire, so maybe Herman is on to something even it’s coming from smoke signals.

Yet I take at least mild exception to his idea of  the beach “fort” (not that he’s alone in this appellation). Typically, beach structures resemble shacks or huts, not forts. Moreover, none of them would withstand even the most faint-hearted assault if it came to that. Maybe the idea harks back to “forts” such as children build. Once while on a playground with my granddaughter, I noticed several of the boys had styled a simple open space as an imaginary base or fort. So for all intents and purposes, I suppose, a fort could be anything you want, including a mash-up of driftwood.

But I’d certainly agree there’s something primeval and mysterious about beach structures, particularly shacks or huts, as though they might be the haunts of sea sprites, places where nereids and other minions of Neptune go to relax, hang out, and sip Singapore slings in the heat of the afternoon.  Yet – absent a few slings of your own –  don’t aspire to catch even a glimpse of them. At the first sign of company they abscond beneath the waves, leaving leisure behind and you with the bar tab. Some say they guard a fabulous treasure, the Golden Egg of Stylth, but I have my doubts. Rumor has it the treasure is in the private collection of J.K. Rowling who guards it even more jealously than the sprites did.


Here are a few unwritten rules for building beach huts. You ought use only what you find on the beach – no nails, screws, or plastic zip ties. This makes sense because structures put together with nails, say, could pose a hazard once knocked down by the waves. Plastic would only add to the man-made refuse already adrift in the oceans. If you use tools, they should be ones you make yourself. Kindly refrain from dismantling someone else’s construction in order to build your own. They’re community, not personal, property. As one writer put it, they “belong temporarily to everyone and permanently to the ocean.”


Posted by Steve H Dougherty at Thursday, October 04, 2018 No comments: