Cosmology 101: The Mind of God

“We think we have solved the mystery of creation. Maybe we should patent the universe and charge everyone royalties for their existence.”  – Steven Hawking

Did God create the universe? The late cosmologist and theoretical physicist Steven Hawking thought not. The creation event or Big Bang was inevitable, he believed, mandated by the laws of physics.

“The realization that time behaves like space presents a new alternative. It removes the age-old objection to the universe having a beginning, but also means that the beginning of the universe was governed by the laws of science and doesn’t need to be set in motion by some god.”
– Hawking, The Grand Design 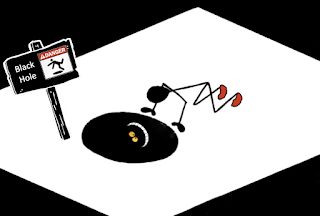 Perhaps so, but Hawking’s certainly isn’t the only conjecture here. Other cosmologists like Lee Smolin of the Perimeter Institute for Theoretical Physics disagree. They contend that not only is time real, but everything real is situated in time – nothing exists outside of time. Even if science must confine itself to what is observable, they believe, one cannot definitely exclude religion or mysticism.

So, what exactly happened 13.8 billion years ago when the universe began? Was it the hatching of the Cosmic Egg? Evolution of the Primal Atom? Something to do with Ylem, the primal plasma?  Or simply nonnihil ex nihilo – something from nothing – as Hawking thought? Like Smolin, I doubt any of these possibilities can definitely be excluded. 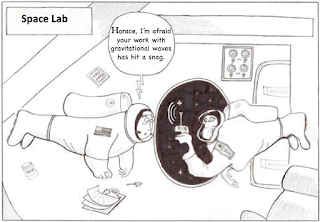 Yet perhaps something else altogether occurred. Could it be that in a colossal spasm of creative destruction, it was the very Mind of the Creator Himself that went off? Rumination taken to an extreme can sometimes turn in upon itself with unpredictable, even precarious results. Perhaps the universe didn’t spring from the Mind of God. It’s what became of His Mind during the Big Bang: transformation of pure thought into matter and energy. More than merely the Word becoming flesh, divine cogitation may have erupted irrepressibly as the entire universe aborning.


Since we have no idea whatever, not even theoretical, what if anything preceded the Big Bang, this prospect makes as much sense as any. (Parenthetically, don’t confuse the exploding mind scenario with the similar yet fundamentally different head conk model.) Besides, it could help address a number of pressing theophilosophical issues.

For example, world religions virtually from the get-go have struggled with the inscrutability of God’s Mind. According to the Bible, “There is no searching of His understanding” [Isaiah 40:28]; “The Almighty, we cannot find Him out” [Job 37:23]. Or from Buddha, The Eightfold Path: “How can the created understand the nature of one who is uncreated, unformed and not born into existence? It’s not possible!”

Clearly, if God lost His Mind to the Big Bang, “to find Him out” would indeed be impossible. There’d be little or nothing left to discover, let alone understand. End of story.

A narrative that crops up in various species of faith – that God ordained  human sacrifice for mankind’s benefit and then tacked on ritual cannibalism (Christianity) to celebrate it – could be discarded as well. Doing the condign, God would have sacrificed Himself, not somebody else, for our sakes. He’d have willingly given up thinking and forgone ritual in order that we might have our big moment, however brief, in the sun. It’d be like Abraham resorting to felo-de-se rather than knock off Isaac. Free will after all isn’t just about saving your own skin.

So, what fate divine cognition? Could anything intelligible have survived the creative scramble?

It seems unlikely. At best there’s cosmic microwave background noise – the static “snow” on your grandparent’s black-and-white TV set. Regrettably, this static is all too often “received” by clerics and self-styled seers – as though their heads were like old-fashioned crystal radio sets – as divine transmissions subject to self-interested explication. Which may explain why religious ideas, despite trending along similar paths, so often end up butting heads.  Static in, static out.

And, oh, the mess it’s made!  The price we’ve paid, and are imposing on the rest of creation, for simply existing in the first place. Perhaps Hawking was right about charging royalties.

Here’s another conundrum we could dispose of. If no one were around to imagine God, would He exist? The answer, of course, is yes. Indeed, God could only exist if no one were around to picture Him. God is eternal, certainly, but not all the time. Thus, you can have God and the universe, but not both at once. This should satisfy believers and nonbelievers alike since each would be in the right at least some of the time.

For their part, committed Bible thumpers oughtn't be in too big a hurry to discount quantum physics. Quarks, not Creflo Dollar, might prove to be the real basis of faith.

Finally, where is all this taking us, and what does science have to say?

According to current research, the universe is expanding at an increasing rate. Due to the limitations of light speed, more and more of the universe will pass beyond our ability to keep track of it. Eventually, having evolved to a state of maximum entropy (no significant temperature differences able to perform work), it will cool to the point of a Big Freeze where nothing much at all happens. Alternatively, it might keep expanding until it tears itself apart, the so-called Big Rip.

I for one doubt the likelihood of either of these outcomes. The universe must finally obey the common-sense symmetry principle inherent in quantum gravity which states that, just as what goes up must come down, what expands must contract. In other words, sooner or later the universe will reverse its expansion and begin to shrink toward eventual implosion – the Big Crunch. At this point, the primal singularity, the Mind of God, will be restored – resurrected if you like. God comes back, but the universe vanishes.

The theological implications of this are obvious. It means that conservative evangelicals were right all along about the Second Coming – albeit it might be the 3rd, 4th, or ten billionth coming. Who knows? From this perspective, the End Times are surely approaching – perhaps in a few trillion years or so, but bearing down on us just the same – when God will indeed return. If any of the faithful are around for the spectacle, it should be quite a singular experience.

Given the violence that has typified everything in the universe from virtual particles to super-massive black holes – not to mention the depredations of humankind itself – you wonder why God bothers to cogitate creation at all. Maybe next time He’ll think twice…or not since this could spell double trouble, two universes at once. Even He – perhaps especially He – you’d imagine, has to watch out about overthinking things.

In the meantime, I believe, it’s up to us, avoiding the pitfalls of background static and divine revelation, to figure out how to comport ourselves.  After all, even our primate cousins and other creatures have done this to a startling degree and managed without stone tablets.

I received all this in a vision whilst observing a born-again Phoenix emerge from the flames.

Email ThisBlogThis!Share to TwitterShare to FacebookShare to Pinterest
Labels: Catch the wave