The Last Mammoth: A Tale of the Pleistocene

"In the long view, extinction seems normal in the history of life. Indeed, most species that ever lived are extinct."

It was a coolish afternoon toward the end of the Pleistocene epoch. The Wisconsin glaciation, the last of the epoch’s eleven ice ages, was drawing to a close. Its egress would be dramatic. 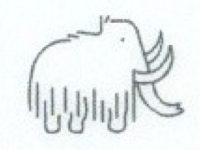 During two millennia beforehand, a great ice sheet, the Cordilleran, had formed over much of Canada, the Rocky Mountains, and the Idaho panhandle where it episodically dammed up hundreds of cubic miles of river water. In the midst of warm spells when the ice dams collapsed, there were floods of biblical proportions. The rushing waters carved out huge coulees and sculpted the butte-and-basin topography of southeastern Washington’s Channeled Scablands. There were other signs of the glaciers, too –  polished and striated basalt bedrock, glacial erratics, drumlins, eskers, moraines, meltwater channels, glacial till, and glacial lakes of all sizes.

High up on the Okanogan Lobe, a sort of outcropping or peninsula of the Cordilleran that stretched far into central Washington, a lone mammoth named Woolite picked his way downward through jagged ice flows toward the permafrost at the glacier’s base. He had been on a pilgrimage with the rest of his tribe, the Anodynite woolies, to celebrate the summer solstice and appeal to serene Nuccynta, goddess of tranquility, that no more great floods might threaten. Sadly, the journey had ended in catastrophe when, save for Woolite himself, the entire herd had been flash frozen in a crevasse. 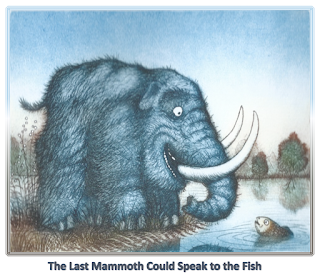 "At least they’ll be preserved for posterity," sorrowed Woolite. "Someday, creatures from the future may discover them entombed in the ice and prize them as valuable artifacts. Or perhaps just serve them as frozen dog food. Who knows? Either way, it’s beats drowning in another big flood."

Whatever store Woolite might have set by supplication to Nuccynta, there were indeed more floods to come – as perhaps he had already divined.

Having traversed the permafrost or frozen ground at the base of the Okanogan, Woolite set out across tundra dotted with scrubs and sagebrush. After a day’s march, tundra gave way to prairie covered in bunchgrass, buckwheat, buttercups, spearworts, and patches of coyote mint. Then followed forests of conifers and deciduous trees – pinyon pine, artic birch, and alder – that afforded protection from the chill northwest winds.

One night, Woolite slept fitfully on his feet under the spreading branches of an Osage orange. In the morning, it’s bumpy, bright yellow-green fruits make him a hearty breakfast before he set off again.

Around noon that day, off to his left in a copse of juniper, he spotted Donovan the saber-toothed tiger – "Smilin' Don" as the baleful beast liked to style himself on account of you could always see his pearly whites, especially the two scimitar-like ones in front – ripping into the carcass of a long-horned bison. The big cat bit in with the sides of his mouth using his razor sharp carnassial (molar) teeth. This avoided interference from his impossibly long canines.

Woolite gave a shudder and quickened his pace, childhood memories flooding back to him.  In school, the students had teased Donovan mercilessly about his big front teeth, calling him a buck-toothed
pussy. There'd been no end of it.

Then one day Donovan snapped – went postal. “I’ll show you overbite!” he roared, and slaughtered half the 6th grade. He’d been like a one-man charnel house ever since.

"It’s a shame he couldn’t have consulted one of those enamelback dentodonts from the Pliocene and had those teeth shortened," regretted Woolite. "Things might have evolved differently otherwise."

But dentodonts had gone extinct by then, and Donovan remained a committed carnivore, thrall to his own predacious impulses.

A pack of baying dire wolves loped by in pursuit of some Pleistocene camelids. Woolite watched as they passed and silently rooted for the camels, fellow herbivores.

After a trudge of several more miles, in the lee of an esker or glacial sand bank Woolite spied Slocum the giant ground sloth methodically munching branches from a quacking aspen. A hulk of a fellow, Slocum used his huge foreclaws like knives to cut through the tree limbs. He and Woolite had been classmates of saber-tooth Donovan and witnesses to Donovan’s murderous rampage. But even as 6th graders they’d been too hefty for any paleo-cat to tackle and came out of the melee unscathed. Despite this shared ordeal – or perhaps because of it – however, he and Slocum had drifted apart.
Woolite gave him a polite wave of his trunk and moved on.

Late on the fourth day, Woolite at last reached home – ten square miles of browsing range abundant in trees, flowering herbs, and grasses. There were also a number of glacial lakes wherein dwelt many of Woolite’s aquatic friends. Chief among these was Fin Tso Fong, an Asiangian grass carp of moderate dimensions (as grass carp went at the time) who’d known Woolite since calfhood.

How Fin Tso Fong had come to be in central Washington from Asiangia was as much a mystery as his encyclopedic knowledge of paleontology. Some believed he’d had rode in on an ancient tsunami or cyclone; others, that he’d somehow hitched a ride on continental drift. In any event, he was old and wise, a living fossil, and Woolite had long relied on his advice.

Now Woolite stood at the edge of Fin’s pond peering down at him in the water while he sucked in a trunk-full to drink.

“Where have you been?” asked Fin.

“And what did you offer in the way of a sacrifice?”

“As it turned out, the entire mammoth troop except for myself,” replied Woolite with uncanny matter-of-factness. “They were flash frozen in a crevasse, every one of them – surely a sacrifice befitting any goddess.” In this last there was a tinge of bitterness, too.

“Well, your supplications were answered then,” observed Fin, “or at least your troop’s were. In as much as they’re now deceased, they won’t be suffering any more floods. When it comes to beseeching the gods, it pays to be careful what you ask for.”

“But what about me?” wondered Woolite. “I was a supplicant, too. Would I be covered by the sacrifice even though I escaped the quick freeze?” He sounded factious by half yet also half serious.

“Did you lure the tribe into that crevasse?” asked Fin, “or was it an accident?

“In that case, you’re not covered,” adjudged Fin. “It’s like insurance. An accidental sacrifice doesn’t count unless you’re somehow laid low yourself or otherwise harmed. For all the good the pilgrimage did you, you might just as well have stayed home.”

“But I sustained a great loss – my whole tribe!” objected Woolite, “Why wouldn’t I be indemnified?”

“You have no idea,” Fin went on. “A lot of folks rely on soothsayers or mystics to apprehend divine will.  But soothsayers aren’t like CPA’s. If they screw up, the gods blame you, not them. Back in the Jurassic, there was a coelacanth seer named Ichthyolon. A flap of pterodactyls consulted him about the best places to fish – odd, you’d think, because Ichthyolon was a fish. Ichthyolon thought it odd, too, and steered the pterosaurs to a school of leptolepides sacred to Mukyumm, god of the ocean floor. The pterodactyls were never seen again, whilst Ichthyolon fared better than ever. Mukyumm, it seems, believed the pterosaurs to be a burnt offering (albeit, he ate them) sent by Ichthyolon and rewarded him accordingly. Goes to show how treacherous this business can be.

What will you do now without your tribe?” Fin continued.  “Do you have kinfolk hereabouts?”

“Minus the Anodynites, there are five other tribes of wooly mammoths – the Dolorites, Malachites, Mizrelites, Amorites, and Gelignites – who live hither and yon. They’re all bad news, unfortunately. Take the Dolorites. They’re forever wailing about something or other. The Mizrelites are, well, relentlessly miserable. The Malachites go about wishing ill upon others, while the Gelignites explode into violence at the slightest provocation. The Amorites are all about free love and fairly peaceful but otherwise completely amoral. The Anodynites were the only ones who saw things in a positive light and came remotely close to behaving themselves. If those parvenu hunter apes, the homo insipiens, were to thin out the rest of the mammoths right now, it’d be no great loss.

For my part, I’m going to stay put and get on with my life. And I’ll start by molting my winter overcoat. Do you need any hair?”

Woolite plucked at the course hair of his top coat, pulling out a few large tufts.

“Um, I think not,” demurred Fin, lunging at a careless dragon fly. “I’m not planning too far in advance these days, anyway. If there’s one thing I’ve learned from paleontology, it’s that nothing lasts forever, not even the gods. Remember Mukyumm the sea floor god I mentioned? While you worship Nuccynta, he lies fossilized in a stratum of Jurassic silt. That'll be the fate of Nuccynta, too, one of these days.”
“I need hair, though!” panted Trichophilant the wooly rhinoceros, galloping up all out of breath. “I’m proclaiming myself king of the Pleistocene woolies and have in mind to construct a throne made entirely of winter overcoat hair dyed blond – the Cutex Regialis, as I call it – and it’ll take loads of hair, all I can get.”

Woolite rolled his eyes and with a perfunctory sweep of his huge trunk, skewered a clump of shed hair on the rhino’s horn. “There,” he sighed wearily, “knock yourself out.”

With that, the three of them parted company and went their separate ways.

The sun sagging in the west heralded day’s end – and what might have otherwise been a quiet evening. But from somewhere afar came the plangent roar of an immense wall of water racing southward faster than a Pleistocene cheetah.