The Digital Revival of Solvay Tubize

“The way I am now, how will I ever find my way?” despaired  Solvay Tubize out loud to the sparsely furnished parlor of his posh suburban townhouse.

Tubize was a man at frazzled lose ends, a wayfarer on the road of life who’d strayed from the path and now found himself, bereft of meaning and goals, awash in an ever widening tide of angst.  Yet even in this hour of his despondency, there germinated within him an answer, an insight that would come as an epiphany: AMWAY – “The way I am, verily I am the way.” Happy transformation of lament into purpose, the words spoke of a novel path to enlightenment, an idea that would bear witness to the founding of an institution, the AMWAY Centre for Cloud-Based Self-Realization and Fulfillment – Tubize’s crowning achievement.  But more of this in a bit.

Tubize, slight of build and a bit overweight, was a picture of well-healed dissipation. At the age of thirty-nine, balding with a scraggly beard and striking rictus, crow’s-feet at the corners of his eyes, and traces of grey about the temples, he was beginning to look more than a little shopworn. His crowned teeth, in need of bleaching, were yellowed with tobacco stains, as were the thumb and index finger of his right hand. He managed to trim his scrubby beard only about once a week and wore the same rumbled Tom Ford shirt and slacks for days at a time. A pair of smudged Cartier Panthere eyeglasses hung precariously on his beak of a nose in close proximity to the Dunhill cigarette that habitually dangled from his lips. With his house undusted or vacuumed for months, and his Bugatti Chiron wanting new tires and a brake job, he was in urgent need of both housekeeper and mechanic. When not indulging in self-pity and TV dinners, he ran with louche women, drank twelve-year-old Scotch to excess, and though not in the least an oenophile – in order to emulate celebrity wine connoisseurs – dined only at restaurants with certified sommeliers.

Yet he thought of himself, not as a wastrel, but exceptional, a sort of rara avis – a view, albeit, not widely shared by associates.

A scion of Big Chemical, Tubize had grown up much indulged. As with many trust fund children, his parents had lavished upon him things that were unimportant whilst stinting him of things that were, such as nurture and guidance. As a result, he’d learned, after a fashion, to fend for himself, especially when it came to hedonistic diversion.

At twelve years of age he’d been packed off to boarding school, the first of several he attended. Unfortunately, profligate consumption of cannabis and a dearth of academic interest spelled failure at all of them. Assigned  to read Catcher in the Rye, a prep school English class standard, for instance, he’d tossed it aside without cracking the cover, presuming it to be about nothing more than a ballgame in a grain field. During a class in the Classics, he’d made similarly vague assumptions about Homer. (To him, baseball was an ineffable bore.) He blew off Latin as a superfluous tongue of Latin America and saw no reason to learn French unless one lived in France. Mathematics, he thought, was largely for bank tellers, check-out clerks, and the administrators of his trust fund.

Nevertheless, he’d somehow managed entry to university on a baseball scholarship where in due course he acquired a dilettante’s interest in fine art. Halfway through a degree in art history, however, he dropped out, resolving to live off his inheritance. From thence, for the most part, he dabbled in chemistry, landing in rehab again and again.

Now here he sat in his parlor, slouched on a vintage Mies Barcelona, all in a funk, wondering what to do with the rest of his life.

“High time you read the tea leaves on the wall, Solvay,” said a voice in his head, mixing metaphors. “You’re a savvy guy – you weren’t born on a turnip truck. You can do this! And let’s face it, you’re not getting any younger.”

Thanks to a device hack by a mischievous 14-year-old nephew of his, rather than ogling acrobats in flagrante delicto, he found himself staring at an altogether different sort of website, one that would prove most consequential: VoodooCharlie.onion – on the Dark Web, no less!

At first irritated by this redirection of his browser  – he’d really been “up” for a dollop of porn, you see – Tubize was on the verge of rebooting when, drawn in by some inexplicable attraction, he began instead to tap through the website at hand.
Even for the Dark Web, VoodooCharlie.onion was something out of the ordinary. It featured “enhanced versions,” so-called, of otherwise familiar smart phone apps. Its descriptions of said apps, meanwhile, were as nebulous as they were weird, claiming exceptional features while at the same time hinting at mysterious risks of the sort some might associate with, say, fiddling with a Ouija board. Moreover, there was a puzzling caveat. Upon clicking the download button, a banner popped up that read “By downloading this software, you agree not to disclose its contents or source.”

Bemused but undeterred, Tubize forthwith installed a re-engineered version of Google Maps. Captioned VooGoog Maps, it was – perhaps tellingly – the first app that had caught his attention. Nor was he long in discovering its features. Tapping it up, he found travel directions already awaiting. In Street View, pairs of little blinking chevrons, like the parade of lights across a theatre marque, highlighted the route.
Intrigued, Tubize followed the directions to a men’s hair salon in an obscure part of town where the staff, which seemed to have been expecting him, rendered him clean shaven, shampooed – and even with the beginnings of a hair transplant.

Next, he followed VooGoog to a dental clinic, one not listed in the Yellow Pages, where his teeth were whitened and a few more crowns installed. Then, still guided by the app, he made his way to a gym specializing in weight loss and “wellness.”

Some little time later, as VooGoo Maps steered him to an AA meeting (he’d resolved to get the better of Scotch), a banner ad extolling a particular online dating service caught his eye. And through this he took up with Elaine, a self-styled public relations person and, curiously, the estranged wife of his newfound dentist and hair stylist.

During the brief liaison that followed, Elaine – half  den mother, half disciplinarian – undertook to restore Solvay some sartorial respectability and improve his diet. Nor would she brook any push-back. Even a velleity of resistance to her efforts on his behalf brought forth a stern remonstrance: “Don’t look a gift horse in the mouth, Tubize!” 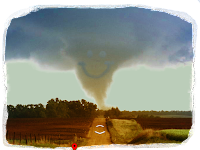 “I’ve never received a gift horse before,” Tubize shrugged to himself, “but I reckon I’ll do what she says. Her husband can check her teeth.”
And there was yet more to come. When a VooGoog-inspired financial advisor suggested Tubize donate to his former schools, he established a baseball scholarship at his university alma mater and funded a new line of research into sports of the ancient world.  On behalf of his first prep school, he endowed the J.D. Salinger chair in English.

The pièce de résistance, however, was his AMWAY Centre for Cloud-Based Self-Realization and Fulfillment, for which he coined the inspirational mantra, “The way I am, verily I am the way.”  By now – extraordinary turns of events having become more or less ordinary – it made perfect sense that establishment of the AMWAY Centre might have come about as the unforeseen outcome of a Ouija board session gone akilter.

Tubize had been bating Elaine mischievously by jiggling the board’s plastic planchette with his fingers – as though he were somehow the principle focus of the spirit in question.

Elaine was not amused. “The way you are, Tubize, you are in the way,” she coolly relied.

But through a prism of derelict self-esteem, what Tubize understood was something quite different:  the way you are, you are the way! Seizing upon this, he saw in a flash, not only the outline of a new philosophy, but with it the inspiration for the AMWAY Centre.

And so it all came to pass.

In its heyday, the AMWAY Centre played host to all sorts of New Age fancies – theosophy, angels, masters, channeling, astral projection and the like – but mainly it served as a conduit for Tubize’s message of self-enlightenment through random exploration of the world wide web.

“Think of your Inner Being as a compass needle magnetized in the Cloud, pointing you in the right direction,” he said.

Naturally, there were skeptics. Some cautioned that Tubize had “crossed the event horizon of a rabbit hole.” Others less charitable derided him outright as an “unfeasibly gormless idiot.”  Yet for thousands of devotees, from IT nerds to fans of the Banzai Pipeline, Surfito, ergo sum became a clarion call to self-discovery. Tubize became a sensation.

In the fullness of time, however, Solvay Tubize grow restive, yearning to share the true nature of his epiphany. Like St. Paul’s conversion on the road to Damascus, he thought, the story of his own experience would only lend clarity to the nature of his beliefs. Finally succumbing to temptation – disregarding entirely the disclosure proscription of VoodooCharlie.onion – he published a full account of his internet journey on the AMWAY website, complete with instructions on how to access the Dark Web with Tor (The Onion Router).

By the following day, two things of consequence had occurred. First, no one, not even the cleverest of hackers, had been able to find VoodooCharlie.onion. Second, Tubize himself had vanished without a trace. Elaine, who by now had reconciled with her husband, stoutly denied any knowledge of the matter but nevertheless hinted darkly at the hazards of Ouija boards.

Lurking on the Dark Web, however, like the temptation of Christ – awaiting the next errant soul –  was an ominous new web address. VoodooSolvay.onion.

Posted by Steve H Dougherty at Thursday, November 14, 2019 No comments: